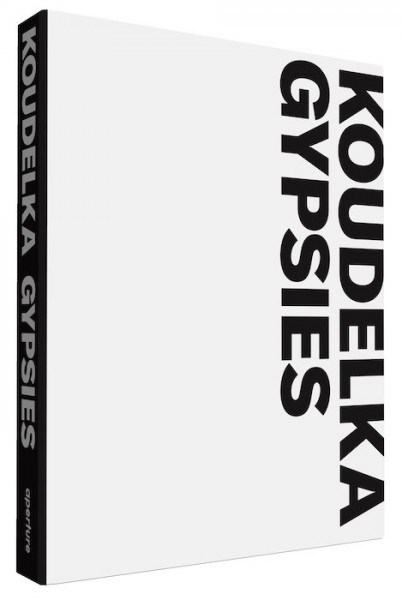 Gypsies, lavishly printed in a unique quadratone mix by Gerhard Steidl, rekindles the energy of this foundational body of work by master photographer Josef Koudelka.

This stunning new edition offers an expanded look at Koudelka’s series Cik´ni (Czech for Gypsies)—109 photographs of Roma society taken between 1962 and 1971 in then-Czechoslovakia, Romania, Hungary, France, and Spain. The volume’s design is based on a maquette originally prepared in 1968 by Koudelka and graphic designer Milan Kopriva. Koudelka intended to publish the work in Prague, but was forced to flee Czechoslovakia, landing eventually in Paris. In 1975, Robert Delpire, Aperture, and Koudelka collaborated to publish Gitans, la fin du voyage (Gypsies, in the English-language edition), a selection of sixty photographs, half never before published, taken in various Roma settlements around East Slovakia.

Roma scholar and sociologist Will Guy, who also wrote the essay for the 1975 edition, contributes a new, in-depth analysis of the condition of the Roma today, including the most recent upheavals in France and Europe.