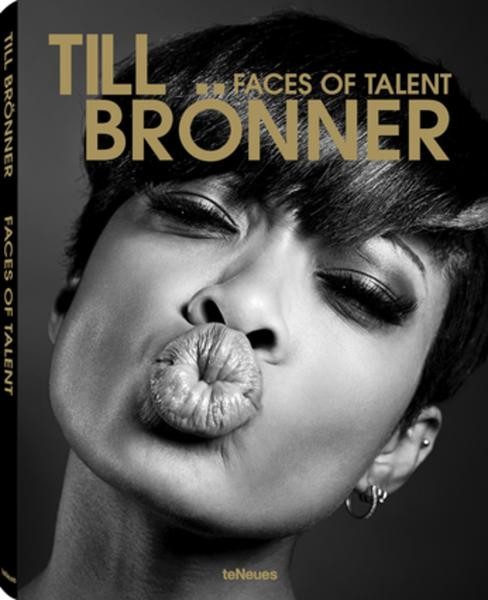 Do you have any questions concerning this product?
Description Neues 2
Description
Hardcover with jacket, 11 2/5 x 14 1/2 in. 208 pp, 100 b/w photographs... more
Close menu
Product information "Till Brönner "Faces of Talent""

Till Brönner *May 6, 1971, Viersen, Germany Born in Viersen (Germany), raised in Rome and Bonn-Bad Godesberg, Till Brönner is an outstanding german jazz musician with a high degree of fame. Following a classical trumpet training, he studied jazz trumpet at the Musikhochschule in Cologne. Stylistically, he feels comfortable in various facets of jazz music. The musician has been repeatedly honored with the Echo and is internationally established in the music scene. He played with great jazz musicians like Dave Brubeck, Natalie Cole, Tony Bennett and Ray Brown. Also as a solo artist, he is extremely successful and has recently released his 16th album "The Movie Album" on WLM Records. His last albums made it into the top ten German music charts. However, Till Brönner not only proves talent as a musician, but also as a photographer. He exchanges the position in front of the camera to behind the camera, so he becomes the observer from the observed. His genre are portraits whose protagonists are fellow musicians, actors, writers and artists. As a passionate Leica fan, all his recordings were made with a Leica M and S system. He finds the moment for the portraits mostly after appearances, at meetings or other events. His photographic style shows the reduction to the essential, without losing the sense of the emotional moment. Through the immediacy, the closeness to the depicted and the focus, which is usually directed to the face, the gaze of the subject seems to cast a spell over the observer. As a result, the expressive black-and-white shots reveal the characters of the sitter in a personal and direct manner. The connection between music and photography is very close for him: The improvisation and the spontaneity within jazz music are also elements that are associated with photography. Both areas live on impulses that lie down in the acoustic and in the visual and stimulate the senses of the listener or viewer.        ... mehr

Till Brönner - Faces of Talent October 10, 2014 - January 15, 2015 From Friday, October 10, 2014 to Thursday, January 15, 2015, the Leica Gallery Frankfurt will be presenting the impressive exhibition "Faces of Talent" by Till Brönner . The successful and multi-award-winning jazz musician has been working on photography for several years now, and with his works he shows another facet of his artistic talent. Equipped with the Leica M and S system, it captures internationally renowned personalities of great prestige in impressive portraits. Among his models are the actor Armin Müller-Stahl, the South African musician Hugh Masekela, the indie pop icon Beth Ditto or the R & B singer Maad Moiselle. Till Brönner's photographic style shows the reduction to the essentials without losing the sense of the emotional moment: the expressive black-and-white shots reveal the characters of the sitter in a very personal and direct way and cast a spell over the viewer.... mehr