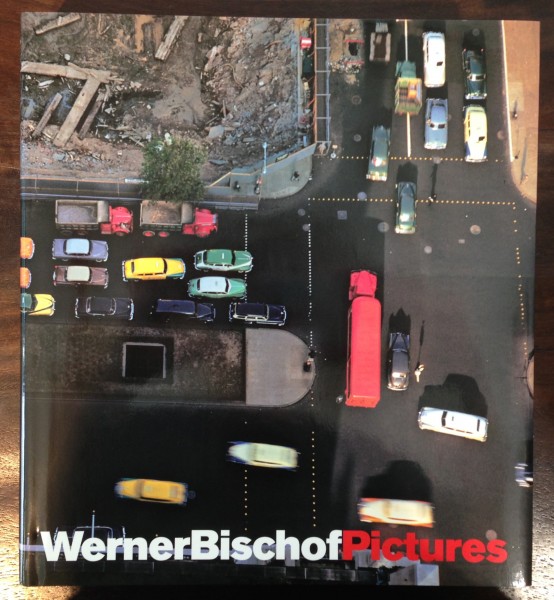 Werner Bischof *April 26, 1916, Zürich, Switzerland | †May 16, 1954, Trujillo, Peru Werner Bischof found his way to photography through his studies at the Kunstgewerbeschule in Zurich. As a student of Hans Finsler, who was considered a pioneer of the New Objectivity, he learned the technical and creative craft of a photographer. In his early works Bischof composed with careful selection of form, light and shadow images of numerous objects. Studies such as the image "Sedentary Female Nude" emphasize his artistic inclination by emphasizing the shape. After completing the School of Applied Arts in 1936 and the Rekrutenschule, he initially maintained this artistic focus in order to work as a freelance fashion and advertising photographer. In 1942 he found his passion for reportage photography, influenced by Arnold Kübler, the founder of the Swiss magazine Du . The end of the war allowed Bischof journeys through Europe between 1945 and 1949, especially to Germany, Italy, Greece and Hungary. In England he published for Picture Post , Illustrated and Observer . In the same year he became the first Swiss member of the Magnum Photos agency. In 1951 Magnum sent him to India to shoot a picture story for LIFE Magazine about the "hunger in India," his first international success. Immediately he moved on to Japan, Korea, China and Indochina, where he captured people and landscapes in lasting impressive pictures. The image of the "Shinto priest in the Meiji Temple in Japan" describes Bischof's sense for poetic atmospheric scenes. After two years absence, he returned to Switzerland in late 1952. A year later follows the departure to the USA. Through lucrative contracts, he created reserves for his long-awaited journey through Central and South America. Only a few days before his fatal car accident on 16.05.1954, the world-famous image of the flute player, symbolizing the life and work of the photographer, emerged: the flute-playing boy shows himself in harmonious symmetry as he walks along a canyon with a bag.    ... mehr

Magnum Photos at 70 - Past, Present, Future November 25, 2017 - December 9, 2017 A comprehensive Magnum retrospective, from the beginnings of the photo agency to today - with photographs from the Art Collection Deutsche Börse & Leica Gallery Collection Immerse yourself in the wonderful world of magnum photography - unique reportage photography that writes contemporary history! In cooperation with the Deutsche Börse Photography Foundation.... mehr

Werner Bischof: Homage to Werner Bischof April 4, 2014 - June 28, 2014 In honor of his 60th anniversary (May 16), photographs by Swiss magnum photographer Werner Bischof are shown, documenting his travels through Europe, Asia and America. Bishop came to photography from his visit to the arts and crafts school in Zurich in 1932. The first years he devoted himself to the subject photography and experimented with light and shadow. His trained eye and his urge to aesthetics made it difficult for him to get involved in the field of documentary photography. But the combination of technical design principles and his sensitive sense for delicate compositions enabled him to establish himself in this field and are characteristic of his life's work. Thus, Bishop created icons such as the famous picture of the Peruvian flute player, the Shinto priest in the snow-covered courtyard of the Meiji Temple, and the lurking press photographers in Korea. Bishop's photographs stand for the authentic and human. The stylistic intermingling of artistic elements embedded in reportage themes make his work a very special guide to photography.... mehr

Werner Bischof: Icons May 2021 - August 31, 2021 The Leica Galerie Frankfurt shows in a wide-ranging retrospective not only early works by the Swiss photographer Werner Bischof , which are characterized by studies of form, light and shadow, but also later journalistic photographs, among others on behalf of the photo agency Magnum Photos. Bischof's creative inclination and his feeling for atmospheric scenes enable him to establish himself in the field of documentary photography in addition to object photography and also to give it a poetic aspect. # He created icons such as the famous picture of the Shinto priests in the snow-covered courtyard of the Meiji Temple, the Peruvian flute player and the lurking press photographers in Korea. The stylistic blending of artistic elements embedded in the classic reportage make his works to guide the way in photography. Photo Prints by Werner Bischof... mehr

Customers also viewed
Customers also viewed
Siegfried Tesche "Motorlegenden - James Bond"
€29.90
Steffen Appel & Peter Wälty "The Goldfinger Files"
€38.00
Leica Q2
€5,390.00
Viewed
This website uses cookies, which are necessary for the technical operation of the website and are always set. Other cookies, which increase the usability of this website, serve for direct advertising or simplify interaction with other websites and social networks, will only be used with your consent.
Decline Configure