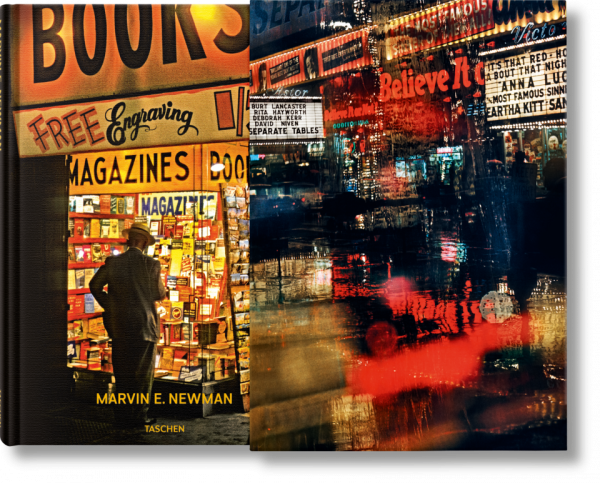 After presenting some of his work in New York: Portrait of a CityTASCHEN-Verlag now presents the first Monograph about his career: about 170 pictures from the late fourties until the early eighties of the last century as a Collector’s Edition.

Marvin E. Newman was one of the first absolvents oft he Institute of Design in Chicago to reach the masters’s degree in photography in 1952. After graduation he returned to his hometown, New York, to start documenting the life in the hudson-metropole. What made him standing out from the competiton was his choice to take his shots in colour instead oft he black-white-method most photographer were using. By photographing in colour the was able to show the people, the symbols, the chaos and the energy of the world metropole in whole brightness.

His talent to represent the life in the metropole and tell stories about it with photographies made him an extraordinary photographer.

The book also contains, because they belong to his career as much as the pictures from the big apple, sports photographies and impressions of other parts of the US like Chicago where he gratuated.

This pictures were already published in magazines like Life,Lookand  Sports Illustared.

This book shows everything from the Wallstreet to the Times Square in New York to an old cirus in the fifthies to a borthel in Reno(Nevada) – a collection of life in full brightness and surprising views of important symbols.
See life trough Newman’s eyes with all its extremes, brilliant characteristics and fascinating episodes.