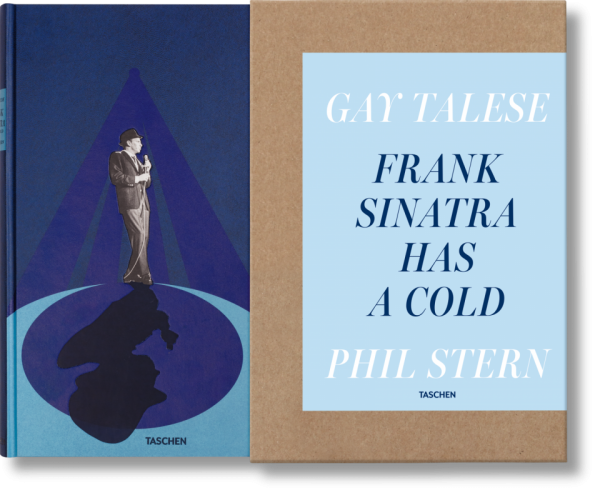 In the winter of 1965, writer Gay Talese set out for Los Angeles with an assignment from Esquire to write a major profile on Frank Sinatra. When he arrived, he found the singer and his vigilant entourage on the defensive: Sinatra was under the weather, not available, and not willing to be interviewed.

Undeterred, Talese stayed on in L.A., believing Sinatra might recover and reconsider, and used the meantime to observe the star from a careful distance and to interview his friends, associates, family members, and hangers-on. Sinatra never did grant the one-on-one he had hoped for, but Talese’s tenacity paid off: his profile Frank Sinatra Has a Cold went down in history as a tour de force of literary nonfiction and the advent of the “New Journalism.” Its incisive portrait of Sinatra in the recording studio, on location, out on the town, and with the eponymous cold, revealed as much about a singular star persona as it did about the Hollywood machine.

In this Collector’s Edition, Frank Sinatra Has a Cold is published in traditional letterpress, with an introduction by Gay Talese and facsimile reproductions of manuscript pages, correspondence, and original storyboard, revealing the making of this New Journalism marvel. To complete the Sinatra picture, the text and archival material is interwoven with photographs of Sinatra from the legendary lens of Phil Stern, the only photographer granted access to Sinatra over four decades, as well as from top photojournalists of the ’60s including John Bryson, John Dominis, and Terry O’Neill. Reproduced in rich duotone, the photographs compliment Talese’s character study by documenting the many complex facets of Sinatra: the voice, the showman, the doting father, the Hollywood magnet, and the man with, in his own words, an “over-acute capacity for sadness as well as elation.”


Hardcover in a slipcase, letterpress-printed text, two different paper stocks, plus tip-ins and a foldout

Customers also viewed
Customers also viewed
Bruce Barnbaum "Die Kunst der Fotografie"
€49.90
Hint!
Torsten A. Hoffmann "Frankfurt - Stadt der...
€25.00
Magnum Manifesto
€49.80
Viewed
This website uses cookies, which are necessary for the technical operation of the website and are always set. Other cookies, which increase the usability of this website, serve for direct advertising or simplify interaction with other websites and social networks, will only be used with your consent.
Decline Configure