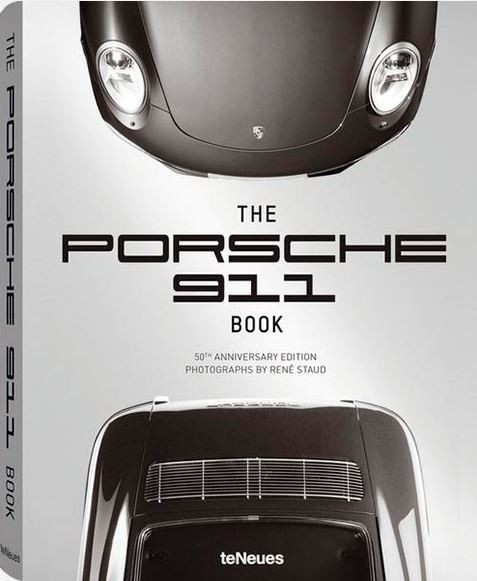 The introduction of the Porsche 901 in 1963 marked a milestone in automotive history. Although the name later had to be changed because Peugeot had patented having a 0 in the middle of car model numbers, the 911 didn’t let anything stand in the way of its becoming an iconic sports car. This success story spans all the way from the 901 and the Carrera RS 2.7 (which with its characteristic rear spoiler—the so-called “ducktail”— was the fastest production car of its time) right up to the current generation of the 991. For the 50th birthday of the populous 911 family, the famous automotive photographer René Staud, whose The Mercedes-Benz 300 SL Book has also been published by teNeues, showcases the most important models—all in his typically radiant and distinctive style.

René Staud meets Porsche October 11, 2018 at 8:00 pm Porsche is celebrating its 70th anniversary this year, and none other than René Staud witnessed the evolution of the extraordinary automobiles and masterly captured it with his camera. As part of a lecture, René Staud will give an insight into his work as a photographer and in his latest book project "911 Millennium - Exclusive Collector's Edition" . Over 4 decades, his pictures have shaped and influenced the car industry and its perception - this book combines unique photos of the Porsche 911 in all its colors and variety. And Stauds master tool: the Leica! The Leica Gallery presents a selection of photographs which is put together for the evening exclusively.... mehr

Similar products Customers also viewed
Similar products
René Staud "The Classic Cars Book" (Small Edition)
€39.90
René Staud "The Aston Martin Book"
€199.00
René Staud ’’The Porsche 911 Book, Revised...
€100.00
René Staud "Mercedes-Benz - The Grand Cabrios &...
€98.00
Ostmann & Staud ’’Art of Porsche’’
€79.00
René Staud "Black Beauties"
€98.00
Customers also viewed
Viewed
This website uses cookies, which are necessary for the technical operation of the website and are always set. Other cookies, which increase the usability of this website, serve for direct advertising or simplify interaction with other websites and social networks, will only be used with your consent.
Decline Configure