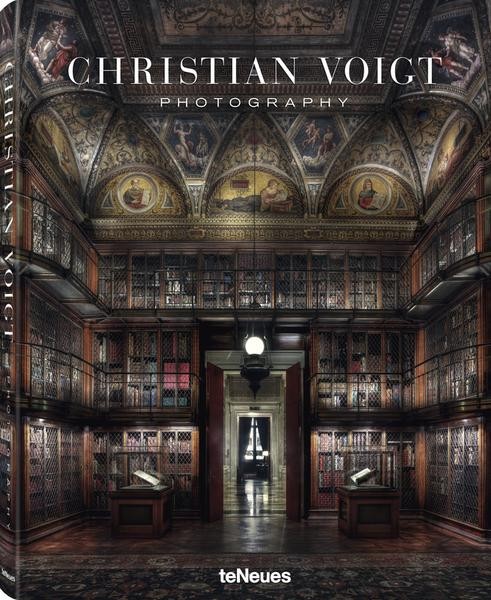 Do you have any questions concerning this product?
Description
Description
Expressive photos that depict an exaggerated reality Photographic stories with a unique... more
Close menu
Product information "Christian Voigt "Photography""

Christian Voigt manages to find images on his trips that leave us in awe of the world. That might even be his biggest talent, hidden amidst his photos that convey almost hyperrealistic perfection. We stand in front of the images like a child amazed by his first fireworks display and rediscover our sense of wonder for some precious moments. In these moments, Voigt’s monumental pictures open up to us like vast pools for the senses. We gently lose ourselves in an archetypal dune landscape that evokes the realm of myths and fairy tales, and then find ourselves in the historical architecture of an ancient Egyptian temple. Our thoughts cross continents and cultures in these images. They open up breathtaking horizons, where authentic living culture meets the aesthetic culture of images. A new adventure of the senses awaits us with each image.

The subjects Christian Voigt photographs are incredibly diverse: a tattoo studio in Buenos Aires is at home in his repertoire next to New York’s Morgan Library, while an enchanting landscape in Myanmar is juxtaposed with the clean lines of Amsterdam’s Rijksmuseum. He uses analog and digital large-format cameras to create the desired effect of a greatly condensed image. And although the result generally gets a digital fine-tuning, Voigt stresses that he develops his unique visual language with his camera, not a computer. Intense artificial color and imposing formats, such as his museum series with images that are eight meters wide, make viewers gape in awe and wonder. Voigt travels the world searching for interesting stories, which he then retells for us most impres-sively in his series of photographs.

Christian Voigt was born in Munich and later moved to Hamburg, where he currently lives and works. Since his first show in 2009, he has had solo exhibitions in Basel, Hamburg, New York, Los Angeles, London, Saint-Tropez, Amsterdam and Madrid. His oversize works have garnered top honors from a steadily growing number of collectors and admirers.