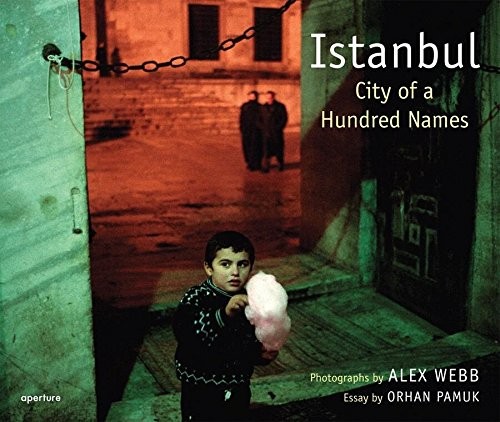 Do you have any questions concerning this product?
Description Neues 2
Description
In 1998 Alex Webb visited Istanbul and was immediately enthralled by its people, history, and... more
Close menu
Product information "Alex Webb "Istanbul - City Of A Hundred Names""

In 1998 Alex Webb visited Istanbul and was immediately enthralled by its people, history, and the richness of its street life, especially the sense of Istanbul as a border city between East and West, Europe and Asia, the only major city in the world that actually exists on two continents. He has returned whenever possible, and the resulting work conveys the frisson of a culture in transition, yet firmly rooted in history. Founded by the Greeks some twenty-seven centuries ago, this much-fought-over trading center has been the capital of two of history's most powerful empires—the Byzantine and the Ottoman—and now stands as the largest city of one of the world’s few secular Muslim nations, which hopes to enter the European Union. In Istanbul: City of a Hundred Names, Webb's uses his ability to distill gesture, color, and contrasting cultural tensions into a single, beguiling frame to full effect in presenting his vision of Istanbul: a city of minarets and pigeons rising to the heavens during the dawn call to prayer, yet also a city of ATM machines and designer jeans.

Similar products Customers also viewed
Similar products
Alex Webb "The Suffering of Light"
€65.00
Customers also viewed
Alex Webb and Rebecca Norris Webb "On Street...
€29.95
David Taylor "Leica M10"
€29.90
Fotografieren lernen Band 1. Die technischen...
€29.90
Viewed
This website uses cookies, which are necessary for the technical operation of the website and are always set. Other cookies, which increase the usability of this website, serve for direct advertising or simplify interaction with other websites and social networks, will only be used with your consent.
Decline Configure