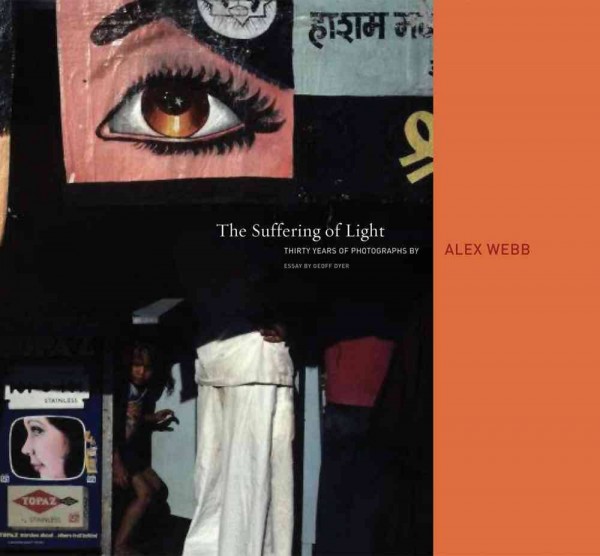 The Suffering of Light is the first comprehensive monograph charting the career of acclaimed American photographer Alex Webb. Gathering some of his most iconic images, many of which were taken in the far corners of the earth, this exquisite book brings a fresh perspective to his extensive catalog.

Recognized as a pioneer of American color photography, since the 1970s, Webb has consistently created photographs characterized by intense color and light. His work, with its richly layered and complex composition, touches on multiple genres, including street photography, photojournalism, and fine art, but as Webb claims, “to me it all is photography. You have to go out and explore the world with a camera.” Webb’s ability to distill gesture, color, and contrasting cultural tensions into single, beguiling frames results in evocative images that convey a sense of enigma, irony, and humor. Featuring key works alongside previously unpublished photographs, The Suffering of Light provides the most thorough examination to date of this modern master’s prolific, thirty-year career.