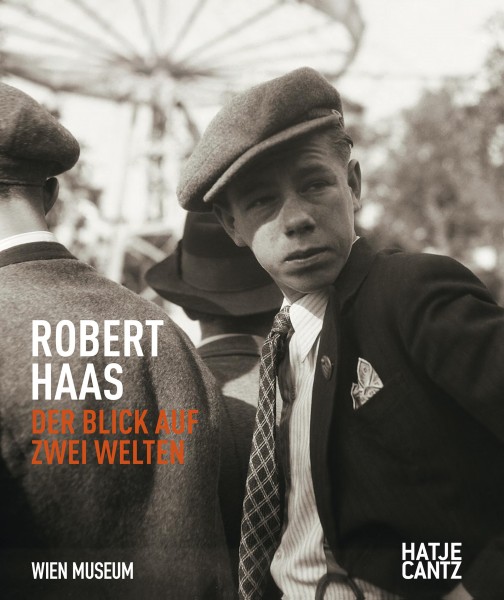 Do you have any questions concerning this product?
Description
Description
From Vienna to New York: the oeuvre of a major Austrian-American photographer of the twentieth... more
Close menu
Product information "Robert Haas "Der Blick auf zwei Welten""

From Vienna to New York: the oeuvre of a major Austrian-American photographer of the twentieth century

Moving studies of everyday life and society in Vienna between the two world wars, and fascinating pictures of the American way of life. Sensitive portraits of major personalities—from Albert Einstein to Arturo Toscanini—and Street Photography in New York: the oeuvre of the Austrian-American photographer Robert Haas (1898–1997) encompasses numerous themes and unites the views of two continents. His artistic career began within Viennese modernism in the nineteen-twenties. He established himself as an internationally successful photojournalist in the thirties. After fleeing from the National Socialists in 1938, Haas found a new home in the United States. Besides his work as a well-known graphic artist and printer in New York, he documented everyday life in America in striking photographs. This catalogue allows readers to rediscover a major photographer and an outstanding oeuvre while presenting vintage prints that have never before been shown

Customers also viewed
Customers also viewed
Hint!
René Groebli "Early Work"
€60.00
Die Erfindung der Pressefotografie. Aus der...
€28.00
Viewed
This website uses cookies, which are necessary for the technical operation of the website and are always set. Other cookies, which increase the usability of this website, serve for direct advertising or simplify interaction with other websites and social networks, will only be used with your consent.
Decline Configure