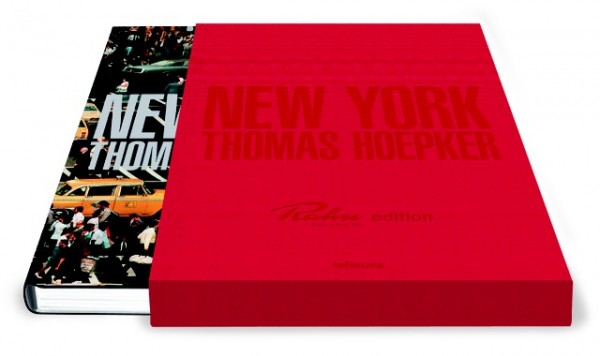 GALLERY ARTISTS René Groebli *October 9, 1927, Zurich, Switzerland René Groebli (born in Zurich, Switzerland in 1927) secured his place among the elite of Swiss post-war photographers with his 1949 portfolio MAGIE DER SCHIENE (RAIL MAGIC). In the early fifties Groebli worked as reporter for Life, Picture Post and other international magazines. During the following years he owned a studio for industrial and advertising photography. In 1957 the American more Alan Schaller *1988, England Alan Schaller is a London based photographer who specialises in black and white photography. His work is often abstract and incorporates surrealism, geometry, high contrast and the realities and diversities of human life. Publications who have featured his work include The Guardian, The New York Times T Magazine, The Washington Post, The Financial Times, South China Morning Post, Time Out and The more Alex Webb *Mai 5, 1952, San Francisco, USA Alex Webb became interested in photography during his high school years and attended the Apeiron Workshops in Millerton, New York, in 1972. He majored in history and literature at Harvard University, at the same time studying photography at the Carpenter Center for the Visual Arts. In 1974 he began working as a professional photojournalist and he joined Magnum Photos as an associate member in more Bruno Barbey *1941, Morocco Bruno Barbey, born in Morocco, has dual nationality, French and Swiss. He studied photography and graphic arts at the École des Arts et Métiers in Vevey, Switzerland. In 1961-1964 he photographed the Italians, perceiving them as protagonists of a 'theatrical world', with the aim of capturing the spirit of a nation. Bruno Barbey began his relationship with Magnum Photos in 1964. He more Craig Semetko *1961, Detroit, USA Craig Semetko is an American photographer focusing on authentic human experience. Born and raised near Detroit, Michigan, Semetko became a professional comedy writer and performer after college and years later discovered photography as another means of storytelling. His comedic background has given him a highly developed sense of the absurd and ironic, resulting in a strong theme of humor more Dieter Blum *January 6, 1936, Eßlingen, Germany Dieter has been working as a freelance photographer in culture and reportage since 1964, among others for magazines such as Der Spiegel, Stern, Time and Vanity Fair. He lives and works in Düsseldorf.At the beginning of the 80s he photographed the Berliner Philharmoniker under conductor Herbert von Karajan. Since then, he has devoted a great deal of his work to music, dance and art. In more Edward Quinn *February 20, 1920, Dublin, Ireland | †January 30, 1997, Altendorf, Switzerland Edward Quinn, who grew up in Ireland, practiced in various professions after school. Neither the partial monotonous work as a metal worker, nor the creative musician seemed to please him. He worked as a radionavigator for airlines before he discovered his heart for photography in the 1950s.In the Irish Independent, he published his first photo in 1950 showing an Irish horse winning a horse race in more Elliott Erwitt *July 26, 1928, Paris, France As a child of Russian immigrants, Elliott Erwitt spent his childhood in Milan until the family returned to Paris for a short time and emigrated to the USA in 1939.Erwitt worked for a long time in a photo lab, before he started shooting and experimenting at Los Angeles City College. It was not long before the young teenager moved to New York in 1948. There he met Edward Steichen, Robert Capa and more Emanuele Scorcelletti *December 27, 1964, Luxemburg Born in Luxembourg in 1964, Emanuele Scorcelletti, with Italian roots, lives in Paris today. At the age of 6, he got his first camera by his mother and discovered his passion for photography. He studied at the National Institute of Photography and Cinematography in Brussels. Between 1989 and 2009 he had a contract with the agency "Gamma" in Paris and still works as a freelance more Enrique Badulescu *1961 Mexico-City, Mexico Enrique Badulescu is born in Mexico City as the son of a photographer. After his graduation he began to study photography and chose the city of Munich as a suitable place. The success is not long in coming. Amongst the international clients of the photographer are the Vogue, Elle, Harper's Bazaar, The Face, Marie Claire, Glamour and many other fashion magazines.Cover and editorial shoots are also more 1 von 4... mehr